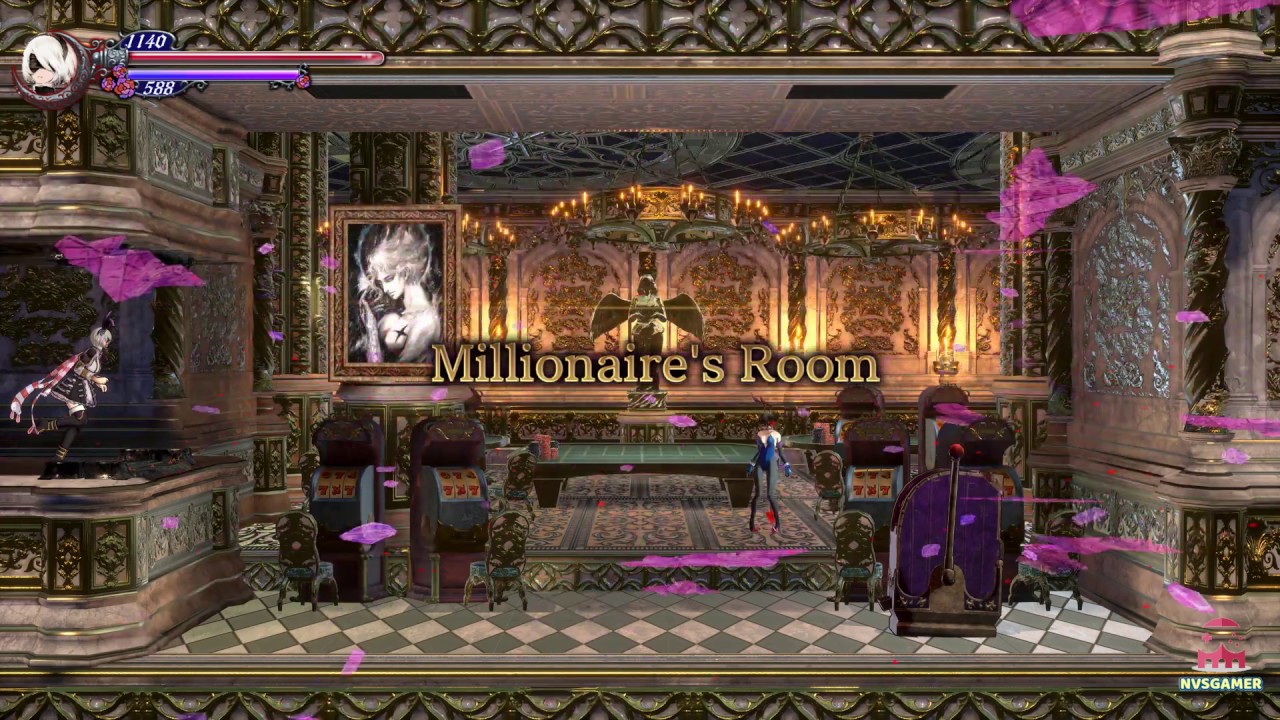 Bloodstained: Ritual of the Night is a Metroidvania video game developed by ArtPlay and published by 505 Games. The game's development was led by former Castlevania series producer Koji Igarashi, and is considered a spiritual successor to the series. Bloodstained was released for Microsoft Windows, Nintendo Switch, PlayStation 4, and Xbox One in June 2019.

Igarashi conceived the game after his departure from Konami in 2014, prompted by numerous fan requests for him to make another Metroidvania-type game. He used the crowdfunding platform Kickstarter to demonstrate to potential funding agencies of the demand for the game in 2015, which successfully raised more than US$5.5 million from backers, making it one of the most funded video game campaigns on the platform. A retro-style companion game, Bloodstained: Curse of the Moon, was developed by Inti Creates and released in May 2018.

Bloodstained takes place in 18th century England during the Industrial Revolution. Fearing the loss of their influence over their wealthy patrons, the Alchemy Guild researched methods to summon demons and created Shardbinders, humans forcibly fused with demonically-charged crystals that attuned them to their powers. These Shardbinders were sacrificed by the Guild to summon demons from Hell in what was meant to be a scare tactic but instead brought uncontrollable destruction that wiped out the Guild and much of England until the Church was able to banish them. Of the sacrificed Shardbinders, only one named Gebel survived. Another Shardbinder, the main protagonist Miriam, is spared due to falling into an unnatural slumber before she can be sacrificed.

Ten years later in the game's present-day, Miriam has awakened from her slumber and has learned that Gebel has summoned the demons to destroy England as he seeks revenge on the surviving alchemists for what they did to him.[2] Accompanied by Johannes, a former member of the Alchemy Guild, they sail across the ocean to Arvantville, a destroyed village on the outskirts of Gebel's castle the Hellhold. They meet with Johannes's friend Dominique, an exorcist who helped Johannes care for Miriam during her slumber and has been sent by the Church to help them stop Gebel.

As Miriam begins her journey into the Hellhold, she confronts Alfred, a surviving member of the Alchemy Guild and the former mentor to Johannes. Alfred seeks to recover an ancient book used in the demon summoning by Gebel, the Liber Logaeth, and threatens to kill Miriam if she does not leave. As his former student, Johannes deeply distrusts Alfred's motives and fears he may be making another mistake, partially feelin
...
https://www.youtube.com/watch?v=3q-m6EB3M4o
Author
Content Type
Unspecified
video/mp4
Language
Unspecified
Open in LBRY 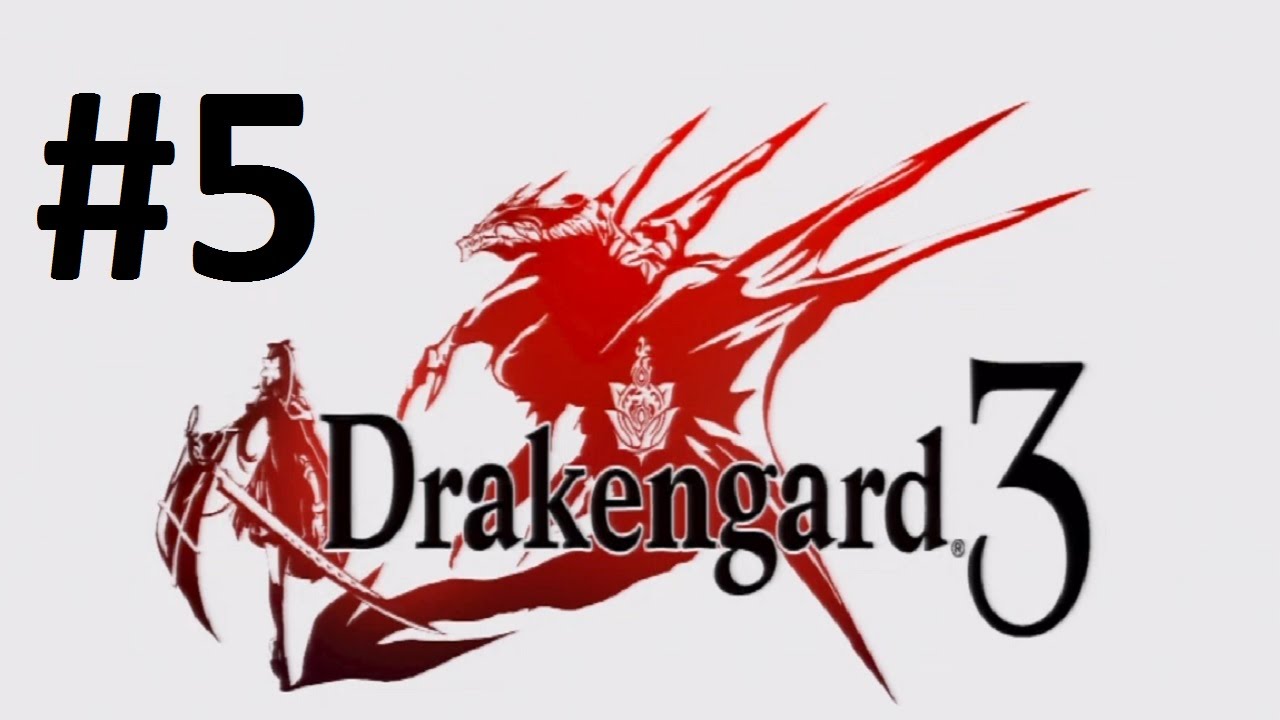 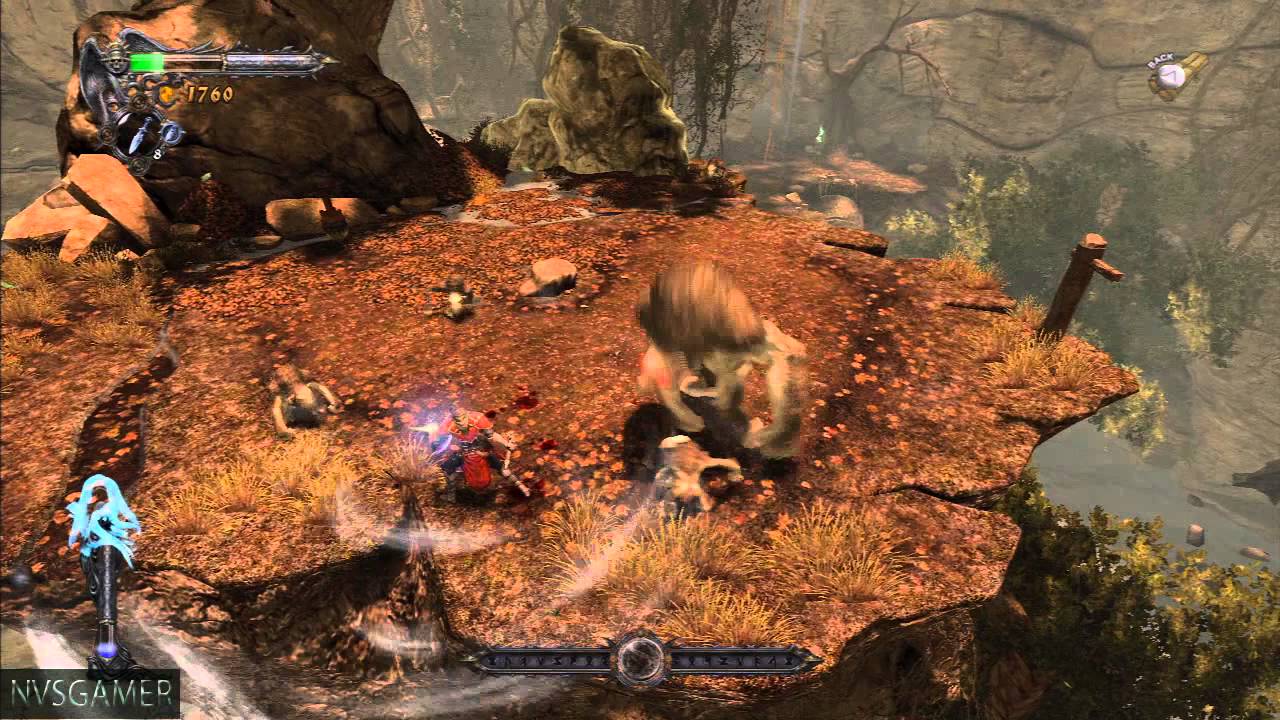 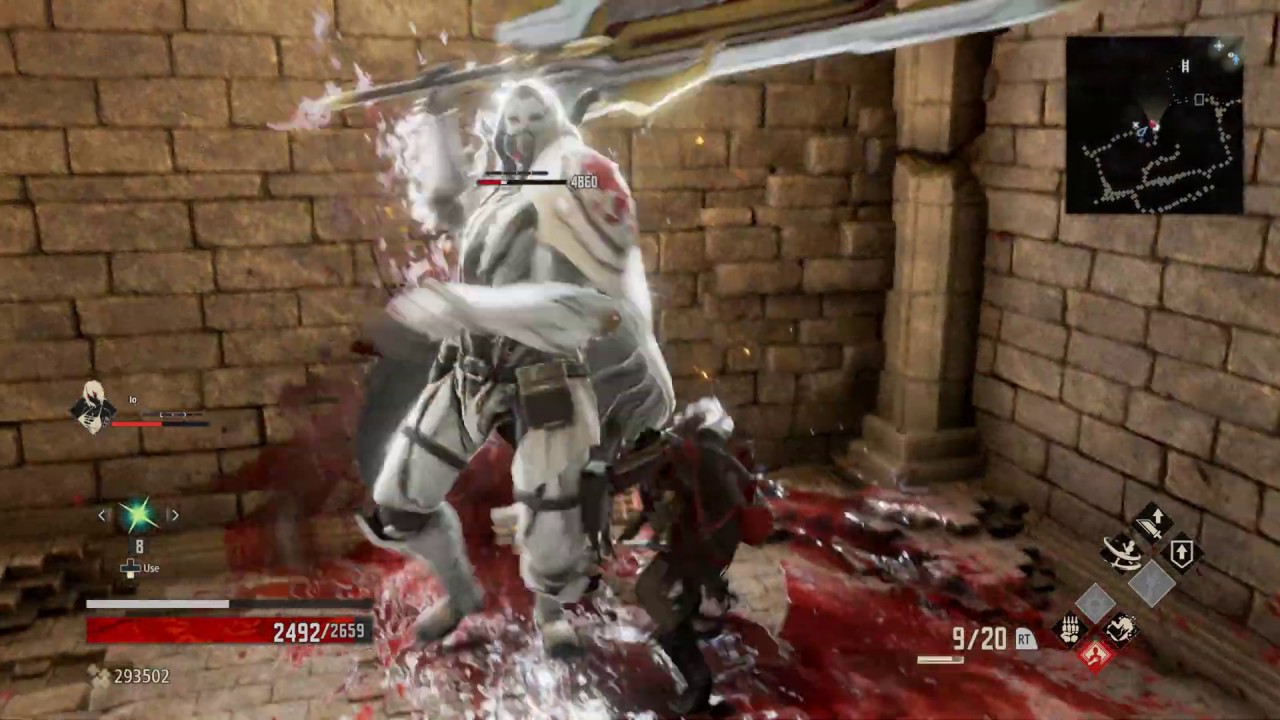 code-vein-walkthrough-part-45
lbry://@nvsgamer/code-vein-walkthrough-part-45
#codevein, #longplay, #darksouls Add me on instagram: can_i_has_games Code Vein Walkthrough - Part 45 - Provisional Government Center 2 (Ultra HD) Code Vein is an action role-playing game co-developed by Shift and Bandai Namco Studios and published by Bandai Namco Entertainment for PlayStation 4, Xbox One, and Microsoft Windows. It is set in a post-apocalyptic dystopian setting with vampire themes, including "gifts" from the consumption of blood, and other supernatural abilities. It was released on September 26, 2019. Gameplay Code Vein is an action role-playing game set in an open world, post-apocalyptic dystopian environment and played from a third-person perspective. Its gameplay is inspired by the Dark Souls series of games, and the animation is inspired by God Eater 3, also developed by Shift and published by Bandai Namco. Plot Set in the near future, the world falls to a great cataclysm of uncertain origins or nature. Revenants, vampire-like beings, were created from dead humans to fight against the calamity using a parasite that attaches to the heart. Revenants will resurrect after death, at the cost of losing random memory, and if the heart is destroyed a Revenant will die in truth. If a Revenant does not consume human blood they will frenzy and become lost-- cannibalistic and feral and beyond any hope of saving. In the recent past, the Queen of the Revenants herself frenzied, requiring even more Revenants be produced to put her down in Operation Queenslayer. The player character awakens in the ruins of a city known only as Vein with a girl in white, who guides them to a Bloodspring, a plant that, when exposed to the player characters blood, produces Blood Beads-- ampules of a fluid identical to human blood. The pair are captured by slavers who use their thralls to collect blood beads for them, and it is revealed that Vein has been enclosed in the Gaol of the Mists: A barrier of impassible red mist. Vein is also filled with Miasma after the death of the Queen, which causes bloodthirst in Revenants and rapidly causes them to Frenzy. Revanants must wear filtration masks to tolerate this, but in areas of dense Miasma this is ineffective, limiting the area sane Revenants can occupy. The situation in Vein has become unstable as the Bloodsprings have begun to fail to produce Blood Beads, a situation impossible to remedy for the springs and the medicine used to treat them were all produced from the Queen's blood. The scarcity of blood beads, and the protection of the very few humans left by the provisional government, is destroying what little civility between groups there is. The Player and Io meet Louis, who sees the Player successfully make contact with the vestige of a Lost without becoming frenzied, acquiring that Lost's Blood Code (a un ... https://www.youtube.com/watch?v=9lSx0Io9Gno
Transaction
Created
8d90aa48ab05e19bb308ebafadacc7a7b4d76a510aeb7dac164c11f52bfa667e
5 months ago
Content Type
Language
video/mp4
Controlling
VIDEO 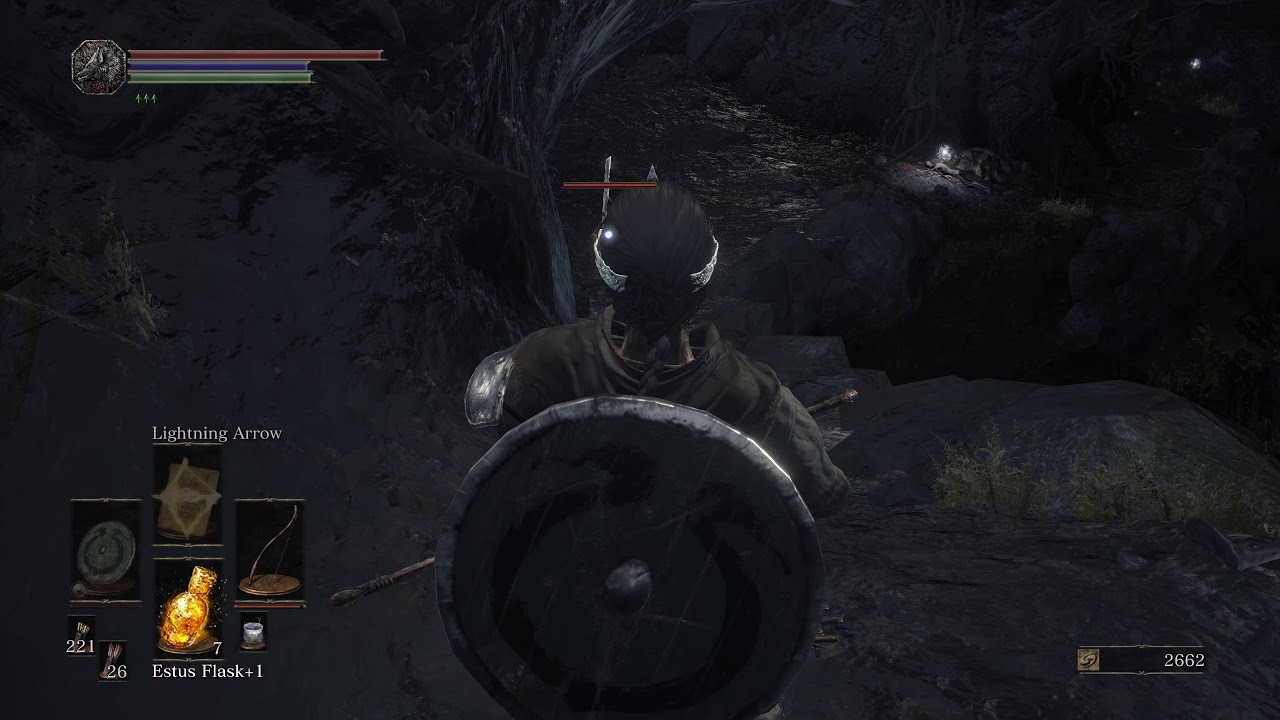 hunter-playthrough-06-cystal-sage-and
lbry://@nvsgamer/hunter-playthrough-06-cystal-sage-and
►► Don't forget to like and subscribe for more ◄◄ After taking care of the Greatwood Tree and The Fire Demon, we head into the crucifixion woods where we meet Anri and Horace. On the way we defeat the Crystal Sage by shooting an Arrow into their Smug Face. ... https://www.youtube.com/watch?v=d4N0pDKYsUA
Transaction
Created
c792819fce3108dbd0a63c0e9db06dd13dbf3f6943359527f3dac269030a8b3f
2 weeks ago
Content Type
Language
video/mp4
Controlling
VIDEO 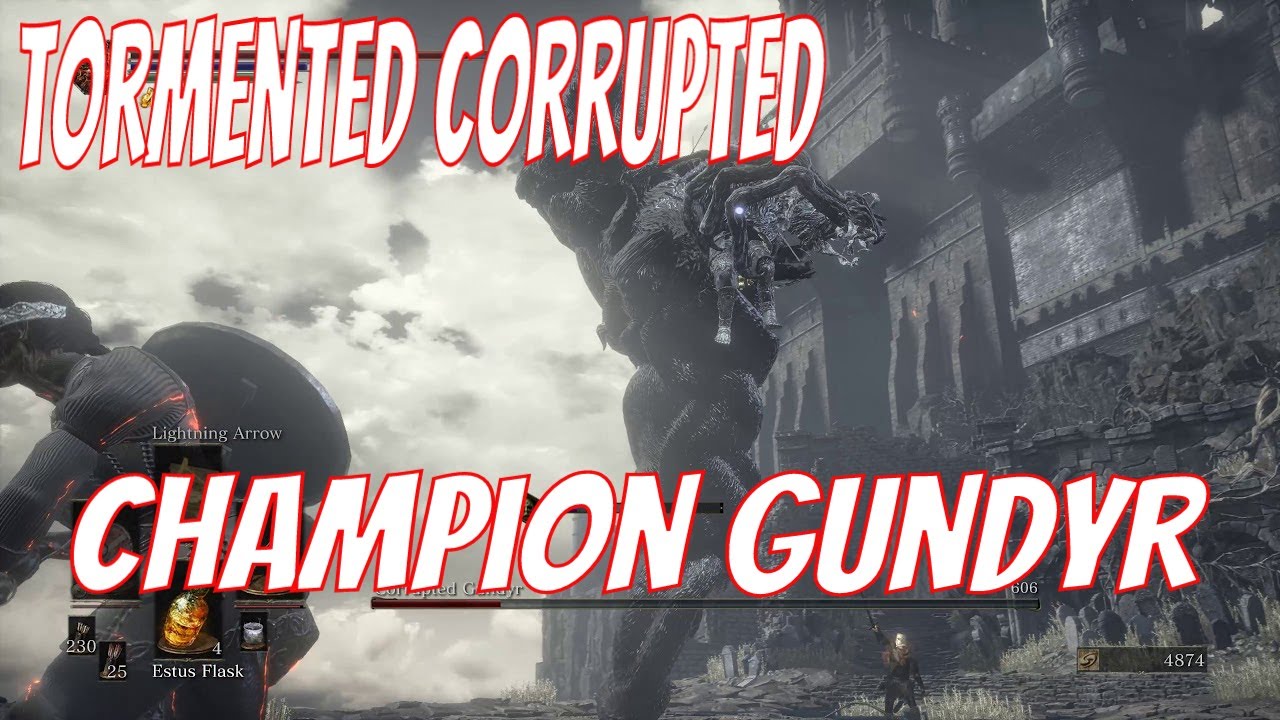 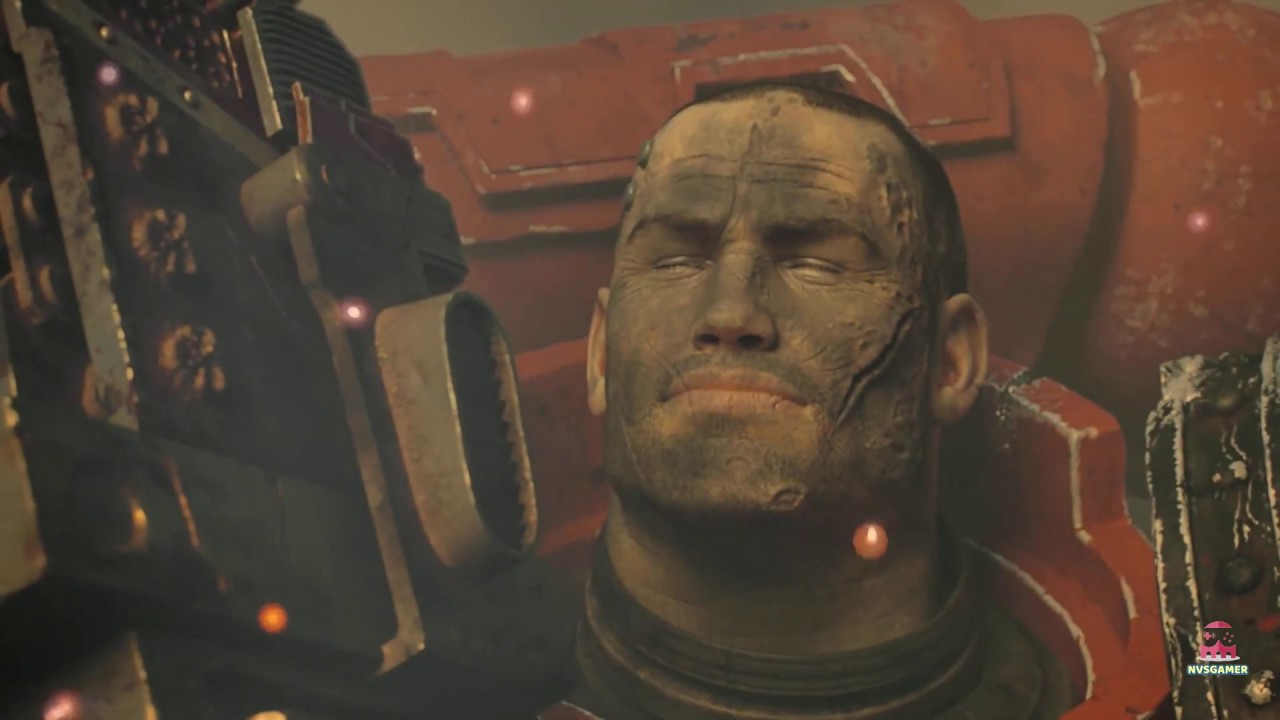 warhammer-40k-dawn-of-war-3-the-movie
lbry://@nvsgamer/warhammer-40k-dawn-of-war-3-the-movie
#warhammer, #dawnofwar, #longplay Add me on Instagram: can_i_has_games Warhammer 40,000: Dawn of War III is a real-time strategy video game with multiplayer online battle arena influences, released by Relic Entertainment and Sega in partnership with Games Workshop, the creators of the Warhammer 40,000 universe. It is the third stand-alone title in the Dawn of War series, and the first new release in the series since Dawn of War II: Retribution in 2011. It was released for Microsoft Windows on April 27, 2017. On May 26, 2017, Feral Interactive announced that the Linux version would use both the OpenGL and Vulkan graphics APIs, while the macOS port would use Apple's Metal. The macOS and Linux versions were released on June 8, 2017. A "catastrophic weapon," known as the Spear of Khaine, is discovered on the lost planet Acheron, and three forces converge on the planet – the Blood Ravens Space Marines under legendary commander Gabriel Angelos, the Eldar led by Farseer Macha (with both heroes returning from the first game), and an Ork horde led by Warboss Gorgutz (his fourth appearance, after Winter Assault, Dark Crusade, and Soulstorm).[8] The campaign begins on the Imperial Knight world of Cyprus Ultima, which is under siege from a massive Ork horde led by Warboss Gitstompa. For reasons unknown, the Imperial Inquisitor Holt has ordered the Imperial Navy to blockade the planet and denies Lady Solaria's Imperial Knight House Varlock any reinforcements planetside. The Blood Ravens under Chapter Master Gabriel Angelos run the blockade to help Lady Solaria, but not before Varlock Keep is looted by Lieutenant Gorgutz. Gitstompa uses the looted parts to build an enormous cannon capable of defeating the Eldar. Autarch Kyre, the leader of the Biel-Tan warhost on Cyprus Ultima, summons Farseer Macha to aid him against the Orks there. Kyre is using Cyprus Ultima as a staging ground to travel to the planet Acheron when it emerges from the alternate dimension of the Warp. Kyre is obsessed with the Spear of Khaine, named after the lost Eldar god of war and said to be able to kill enemies with a single blow. He seized the Spirit Stone of Farseer Taldeer (Dark Crusade) from her twin brother, the Eldar Ranger Ronahn (Retribution). While in his custody, Taldeer unwittingly told Kyre of the prophecy surrounding the Spear of Khaine. In a trance, she prophecised that the wayfarers would be called forth by the Spear of Khaine and united by the Storm Prince. Convinced that he is the Storm Prince destined to unite the fractured and nomadic Eldar, the power-hungry Autarch secretly keeps her prisoner as a way to swell his own ranks of his Swordwind army through using her as a puppet. Unable to communicate with anyone, Taldeer is effectively isolated from any help. Farseer M ... https://www.youtube.com/watch?v=7gCg8Dk7fZk
Transaction
Created
06b67fffe7833e5c83d320d81714ad7d98eb7d3c7a409b62a6603cb7a2b8b695
4 weeks ago
Content Type
Language
video/mp4
Controlling
VIDEO 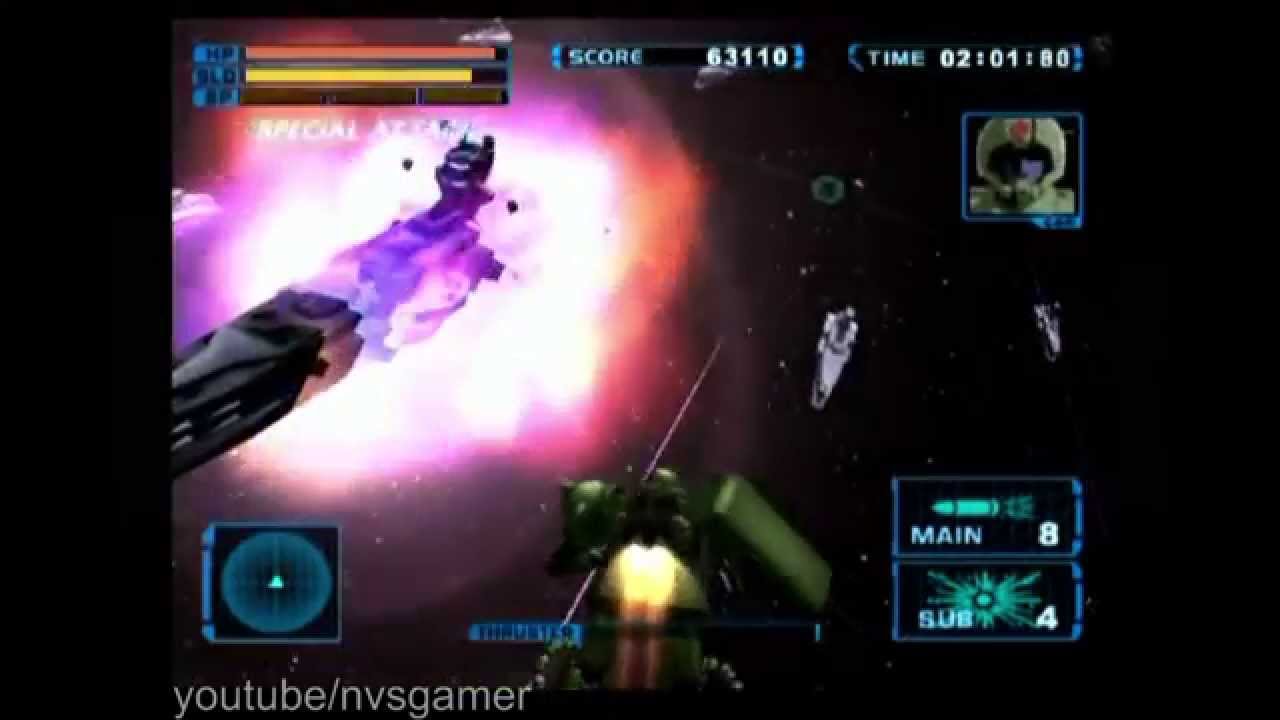 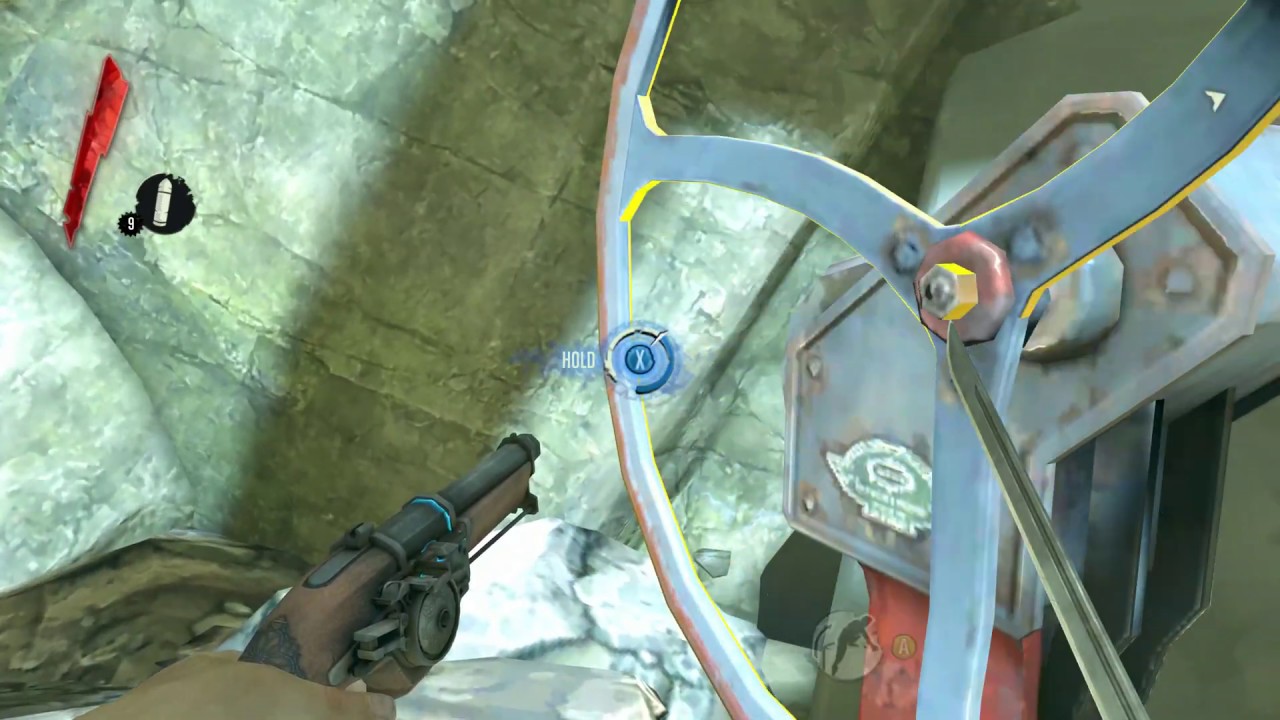