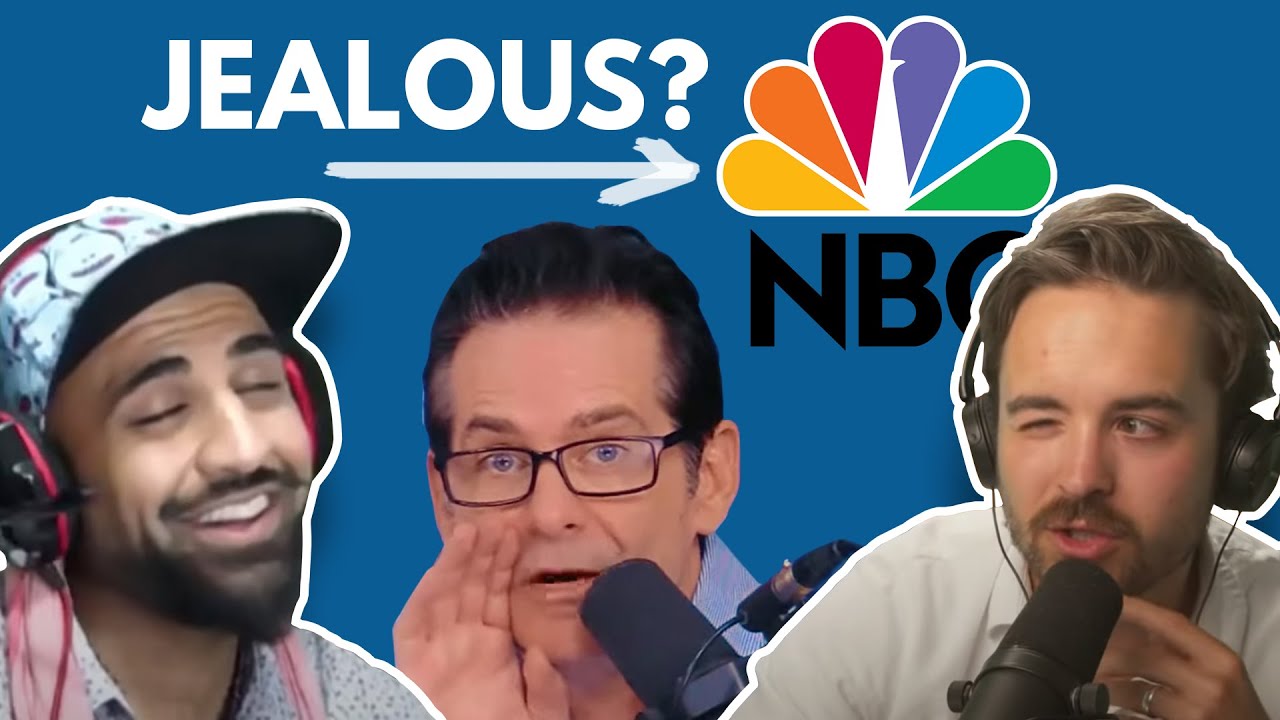 Convince The Drip to join Odysee!

?In today's video clip we will cover how NBC insulted the youtube community
Amish Patel and Coffezzilla (Stephen) will discuss their opinions regarding this matter.

?The video tackles the following subjects:
- ''Watchtime of borderline content from recommendations dropped by over 70% in the US..''
- You cannot post controversial content on youtube anymore
- Suppression of views for youtube channels
- Promotion of Monolith Opinion
- 'The rise of independent media like 'The Hill (Rising)''
- The style of modern mainstream media
- Asking useless meaningless questions
- People defending Fauci after email leaks
- BuzzFeed (trash)is funding Buzzfeed news (relevant news)

⚠️The Drip is a video podcast hosted by Coffeezilla (Stephen) and Amish Patel. All representations are mere opinions.

?More about NBC:
The National Broadcasting Company (NBC) is an American English-language commercial broadcast television and radio network owned by Comcast(NBCUniversal headquarter in Comcast Centre). The network is headquartered at 30 Rockefeller Plaza in New York City, with additional major offices near Los Angeles (at 10 Universal City Plaza), and Chicago (at the NBC Tower). NBC is one of the Big Three television networks, and is sometimes referred to as the "Peacock Network", in reference to its stylized peacock logo, introduced in 1956 to promote the company's innovations in early color broadcasting; it became the network's official emblem in 1979.

Founded in 1926 by the Radio Corporation of America (RCA), NBC is the oldest major broadcast network in the United States. At that time, the parent company of RCA was General Electric (GE). In 1932, GE was forced to sell RCA and NBC as a result of antitrust charges. In 1986, control of NBC passed back to General Electric (GE) through its $6.4 billion purchase of RCA. GE immediately began to liquidate RCA's various divisions but retained NBC. After the acquisition by GE, Bob Wright became chief executive officer of NBC; he would remain in that position until his retirement in 2007, when he was succeeded by Jeff Zucker.

NBC has thirteen owned-and-operated stations and nearly 200 affiliates throughout the United States and its territories, some of which are also available in Canada and/or Mexico via pay-television providers or in border areas over-the-air; NBC also maintains brand licensing agreements for international channels in South Korea and Germany.
Author
Content Type
The Drip
video/mp4
Language
Unspecified
Open in LBRY